Second Wave Of COVID-19 Slows Down Aviation Recovery In China

Cirium’s latest flight tracking records show that the second wave of coronavirus in Beijing has negatively impacted the speed of aviation recovery in China. Passenger jet operations have significantly slowed down with a new spike in the number of cases.

As per the records Cirium, compared to June 9th, there is a reduction in tracked scheduled passenger jet aircraft by 0.5 percent for June 16th. Out of China’s biggest carriers, Beijing based Air China is worst affected. On June 16th it operated nearly 730 flights as compared to 900 flights on the same day the previous week. 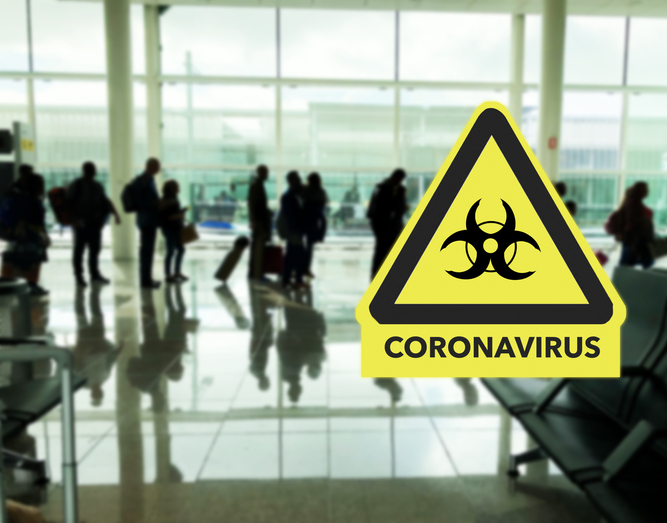 However, as per the schedule and status data for June 17th revealed that around 2,500 flights were removed and canceled for the whole of China. Only 9,200 flights were in operation. May was the first-ever month in which Chinese aviation companies flew more scheduled passenger jet aircrafts than their US counterparts. Recent trends suggest that this could be reversed in the near future.

To contain the second wave of the virus, Beijing has reintroduced several restrictions. 1,200 flights have been canceled and railway services have also been decreased till July 9th. Primary schools, middle schools, and college classes are closed again. Sports teams are not allowed to play. Swimming pools and gyms are ordered to close. While roads are not closed, companies and factories will remain open. People staying in medium or high- risk areas are not allowed to leave the city. However, people living in low-risk areas can move but they have to be tested negative first.

AZAL To Operate Direct Flights From Mumbai To Baku...

Chennai Projected To Be The Highest Indian Growth Market...

Pack Your Luggage, Indonesia Is Ready To Welcome More...

Jumeirah Hotels And Resorts Enhances And Expands Its Portfolio...

More from the Author

AZAL To Operate Direct Flights From Mumbai To Baku From November

Through fact-based reporting, we bring to you the real picture behind the burning topics in the travel industry. We smartly analyse the travel workings and offer our readers powerful stories from the industry. We aim to inform, educate and start conversations among tourism governments and industry leaders in order to revamp the industry for a positive future. From aviation to technology to tourism policies, The Dope addresses all the issues faced by the industry and through insightful interviews, offers sustainable solutions to important questions.

What Is The Future Of Contactless...

The COVID-19 pandemic has had an indelible impact on our lives. From big family lunches to catching up with friends over a brunch to even a quick coffee-date: All these occasions are now being disrupted. In-city restaurants are being...

To the untrained eye, stylish cottages slightly raised and standing amidst tall grass, unwieldy shrubs, trees that bear gnarled barks with thorny branches look like unkempt landscape. But if you look closer you will see wild seeded fruits, pods...

A Rebound In Tourism Has Begun...

For over six months now, the travel and tourism industry has been struggling to sustain their businesses amid global lockdowns and travel restrictions. For many countries that depended heavily on the economic benefits of travel and tourism, the financial...

The Way Forward For Maharashtra Tourism...

To cope with the losses during the pandemic and gear up for post-COVID travel, Maharashtra Tourism has several unique initiatives lined up

Contactless Technology Is Redefining The Travel...

The emergence and implementation of contactless technology on a large-scale in the travel industry is one of the greatest results of the coronavirus pandemic. As individuals across the globe battle fears and anxieties about their safety, while travelling during...

As the tourism industry slowly regains normalcy, it is time to change the way we travel and do more than just slow the effects of climate change.

National, October 3rd, 2022– Azerbaijan Airlines, the flag carrier of Azerbaijan intends to commence its direct flights between Baku and Mumbai – the commercial hub of India from November onwards. The airline will operate twice-a-week flights between Mumbai and Baku. Azerbaijan...

Ajman Department of Tourism Development executed its first ever trade activation through a tri-city workshop that was held in Ahmedabad, Delhi and Bangalore on 20th, 21st and 22nd September respectively, which witnessed a constructive and educative session of select...

Chennai Projected To Be The...

Kempinski is thrilled to have launched its first Environmental, Social, and Governance (ESG) report 2021 in recognition of the tourism industry's need to intensify efforts to decrease its role to climate change. Kempinski was able to examine, take action, and...

Spree Hospitality is pleased to announce the signing of new hotel in Ranjangaon. It will be the fifth Spree Hotel in Maharashtra. Spree Hospitality portfolio has more than 20 operating hotels with 7 hotels in the pipeline. Commenting on the...